In Eastern Australian usage, a “drogher” was a basic cargo vessel – a blunt-ended, flat bottomed river boat with plenty of deck space. It was usually powered by steam and propelled by paddle wheels. Most were fitted with a boiler room, a wheelhouse, a mid-deck crane for handling heavy cargo, and very little else; though there were occasional screw-driven droghers and some of more streamlined shape. When the amount of cargo justified their use, many droghers were also capable of towing a string of barges.

With their robust construction and shallow draught, droghers made their way up and down the rivers, carrying goods and foodstuffs to isolated hinterland communities; then returning to the waiting ships with produce and raw materials for the big city. In the days before railways and roads, coastal ships and wood-fired steam droghers allowed the otherwise inaccessible east coast of Australia to be opened up for timber, farming and commerce. 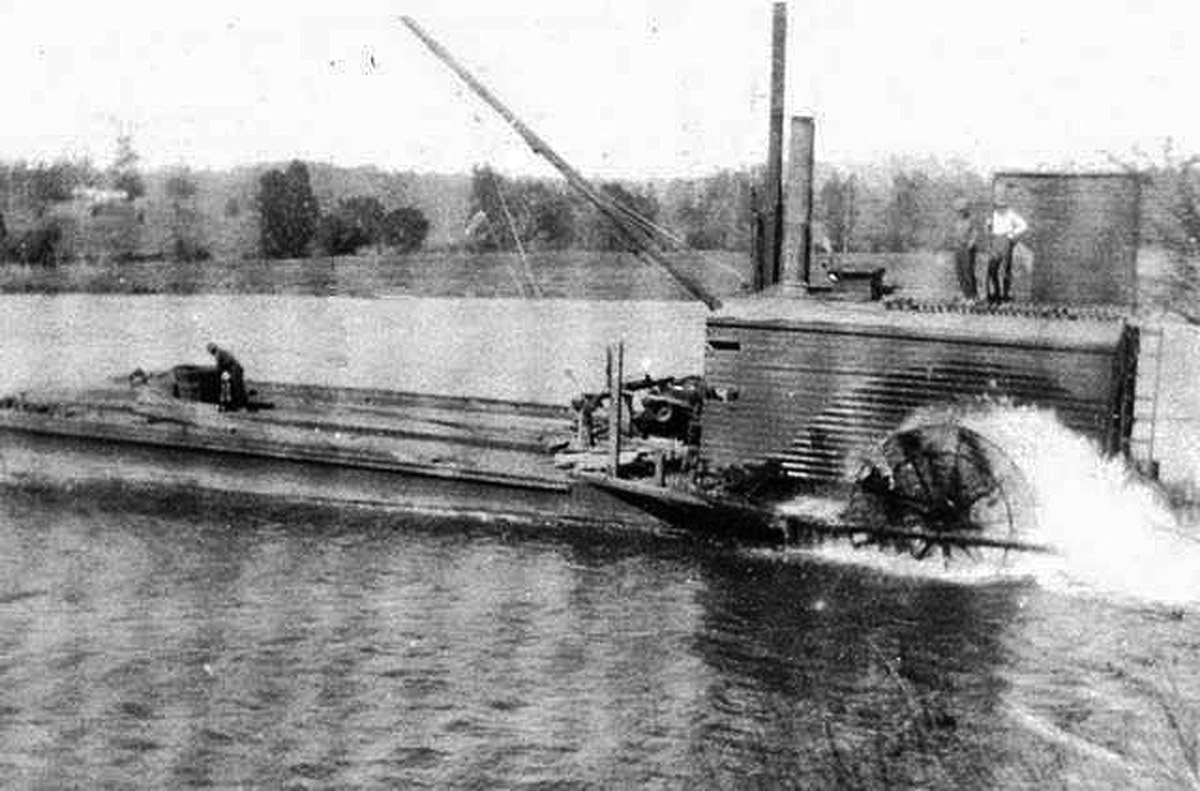 In its day, the drogher was a common vessel in Eastern Australia, but its history began in a very different and distant land. The original droghers were herring and mackerel boats, used around the coasts of Holland and France. They differed from typical fishing boats, in that they had room to dry the catch – hence the name (“drogher” = Dutch for “drier”). The French equivalent was called a “drogueur”. In time, the name came to be applied to other types of slow, clumsy-looking coastal cargo vessels.

For example, by the middle of the 18th Century, boats called droghers were used as lighters to transport bulk goods and to transfer produce (rum, sugar cane, etc) between ports and ships in the West Indies.

In the decade or so before the California gold rush, American ships called droghers regularly sailed from the eastern United States, down around Cape Horn, and up the west coast. They carried American manufactured goods to Spanish settlers in California, and came back around the Cape carrying hides to be turned into leather.

Droghers also sailed the Great Lakes, carrying timber and produce; and for a while the definition of “drogher” as a slow and clumsy cargo carrier was stretched to the limit, when huge disposable ships called Timber Droghers carried oak and pine on one-way trips from Canada to England.

The day of the Australian drogher has now passed, but they should be remembered as an essential link that once tied our thinly scattered settlements together.

E C Llewellyn, “The Influence of Low Dutch on the English Vocabulary” 1936

plus other online sources and the resources of the Bellingen Museum.